I had a chance to ask Olympic gold medalist Tommy Moe, the former downhill skier, what competing in the Olympics was like before, what the athletes are feeling now and what he is up to since winning the gold.

The Winter Olympics in Pyeongchang, South Korea will start in just a few weeks — February 9th to be exact. Tommy Moe knows what the athletes are feeling about now because he’s been there before, multiple times actually. Tommy Moe was the only American to win two medals in the same Olympics, and he was the last American to win gold in the downhill skiing event.

The athletes are feeling the anticipation and probably a little anxiety about making the Olympic Team. Only four skiers per discipline are able to compete, so just making the Olympics is a huge accomplishment for any athlete. I know some athletes have high expectations – Lindsey Vonn and Michaela Schiffrin especially. For other athletes, just getting a medal is a dream come true.

You participated in three Winter Olympics — do you remember how you felt at the beginning of the ’92 Olympics? Were you nervous? Amped up? Both?

I competed in Albertville 92, Lillehammer 94, Nagano 98. At my first Olympics, in France, I was pretty nervous. I was young at 22 and had high expectations. It was a valuable learning experience. I was disappointed with my results and just wasn’t confident. It helped me refocus for Lillehammer. So, I would say I was nervous and excited at the same time.

What tip would you have for those athletes attending the Winter Olympics for the first time?

Don’t miss the opening ceremonies. It’s a big deal to represent your country and see the other athletes. Also, enjoy the moment. Don’t get too focused on who you are going to beat or what place you are going to get. The thing that helped me the most was focusing on my performance.

Once you win one medal at the Olympics, what kind of pressure is there on you to win another and how does it change your mentality during the competition?

At Lillehammer, after I won the Downhill, I was pretty chill for the super G. I’d already won, so there was no pressure. I scored Silver in the Super G, as the first male skier to get two medals at one Olympics.

You were inducted into the National Ski Hall of Fame in 2003 — what did that mean to you?

I was in the Ski Hall of Fame class of 2003, which was an honor to have an impact on American skiing and be considered a legend.

Athletes do not compete their entire lives. When did you start thinking about what life would be like after skiing was over?

I started thinking about retiring at the Nagano Olympics in 1998. I had been racing for about 12 years and was getting burned out. I knew it was time to hang it up. I went on to race on a professional downhill circuit for six years (called King of the Mountain). Those were great times and good prize money. It was fun to travel solo and race domestically. I think a lot of athletes go different ways after their careers. I stayed in the ski world, ski guiding in Alaska, doing corporate ski outings, working for Spyder ski clothing, and opening Tordrillo Mountain Lodge. 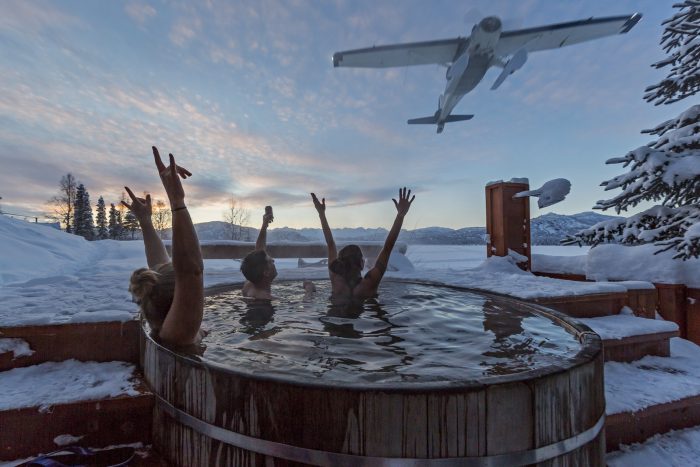 Mike Overcast and a few friends of ours opened Tordrillo Mountain Lodge in 2005. We started skiing there in ’97, and it was always a dream to own our own place. We pioneered the ski terrain and to this day I still really enjoy showing guests the mountains and rivers around the property with all of the heli-ski activities in the winter and heli-fishing and heli-biking in the summer. Alaska is a special place for me with pristine mountains, rivers, glaciers, lakes and wildlife. In Europe, a lot of past ski champions open hotels with their names on it. I did it a little differently by opening an adventure lodge in Alaska!

When you decided to embark on this project, what challenges did you face as a new business owner?

There were a lot of challenges opening Tordrillo Mountain Lodge. We really started from square one. It’s incredibly remote so we had to fly everything in from Anchorage. Over the years it has really evolved. It’s fun to look back to when we first started. The biggest challenge is managing employees and guides and making sure everybody is working together. It’s a team atmosphere with the staff, so you really have to be honest with people.

Do you get people who come to the Lodge because of who you are?

Over the years I have had a lot of guests come to lodge to ski and fish and spend time with me for sure. It’s nice to have some recognition from racing and the Olympics, and it has certainly helped generate interest. I enjoy guiding and have met some great people over the years.

Will you watch the Winter Olympics this year? Other than skiing, do you have a favorite Olympic winter sport to watch?

Yes, I will watch the Olympics! It is super cool to see the new champions and to know what is going through their minds. Other than ski racing, I enjoy watching luge, nordic skiing and hockey.

Side note: If you are interested in visiting The U.S. Ski & Snowboard Hall of Fame and Museum, where Tommy Moe is inducted, it is located in the City of Ishpeming in the Upper Peninsula of Michigan, the birthplace of organized skiing in the United States. It is home to an extensive collection of artifacts and archives relating to the history of skiing. It has 20,000 square feet of space containing displays on over 410 Honored Members, trophies, clothing and equipment. There is a gift shop, library and theater. For more information, click here.

Tommy Moe splits his time between TML and his home in Jackson Hole, Wyoming with his wife, Megan Garety, and two young daughters. 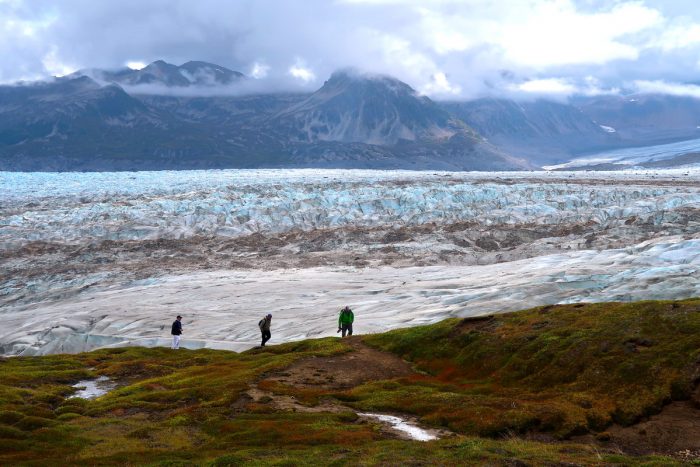