The infamous Iditarod started at the beginning of this week. The mushers and their dogs are all headed for the final destination of Nome, Alaska. The race covers over 1,000 miles of the Alaskan wilderness. The teams travel through mountain ranges, rivers, dense forests and wide open tundras. With temperatures frequently reaching below zero, the competitors truly experience everything Alaska has to throw at them. 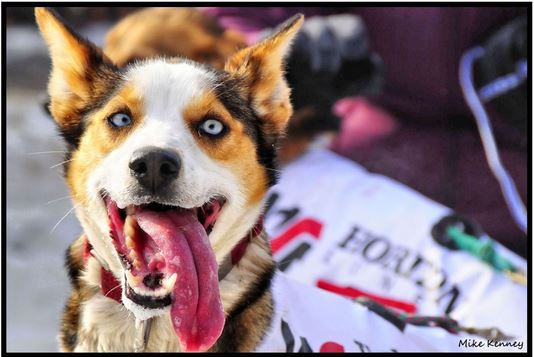 In honor of the Iditarod starting this week, we have decided to share with you some mushing terminology from Iditarod.com:

Dog in Basket:  Tired or injured dog carried in the sled

Double Lead:  Two dogs who lead the team side by side.

Dropped Dog:  A dog that the musher has dropped from his team at a checkpoint. The dog is cared for at the checkpoint until it is flown back to Anchorage to the musher’s handlers.

Heet:  Alcohol based fuel used by mushers in their cook stoves on the trail.

Lead Dog or Leader:  Dog who runs in front of others. Generally must be both intelligent and fast.

Line Out!  Command to lead dog to pull the team out straight from the sled. Used mostly while hooking dogs into team or unhooking them.

Be sure to check Tordrillo Mountain Lodge blog posts next weeks for more Iditarod race updates, fun facts and information.