Where Are They Now? Skier Tommy Moe | Tordrillo Mountain Lodge

On February 14, 1994, American ski racer Tommy Moe carved the downhill course in Lillehammer, Norway, fast enough to beat the hometown favorite, Kjetil André Aamodt, and win the Olympic gold medal. Four days later, on his 24th birthday, Moe took silver in the super G, becoming the first skier born in the U.S. to win two medals in the same Olympics. His smooth, flowing style put him on top of the podium in four World Championships and four National titles in the United States. Moe continued racing professionally until 1998, and after retiring at 28, set his sights on finding balance between family time and working as a backcountry mountain guide.

“The biggest thing for me is just being mindful, looking and seeing how good it is, sharing it with other people, showing them the best day of their lives.” —Tommy Moe

Moe, now 46, relocated to Jackson Hole, Wyoming, in 1994 and is currently employed as a mountain ambassador at Jackson Hole Mountain Resort, giving private lessons into the accessible backcountry. He splits his time between the Tetons and the Tordrillos in Alaska, where he also co-owns, operates, and guides at his heli-ski lodge, the Tordrillo Mountain Lodge. Ski racer Tommy Moe has always found solace in the mountains, so POWDER recently caught up with him to hear about the transition from champion downhill racer to big-hearted backcountry guide, and how he’s continued to shape his life around creating memories at high altitudes.

POWDER: Where’d you get your start skiing?

Moe: I grew up skiing in Montana at Whitefish Mountain Resort. My dad was a pretty avid skier. I have an older brother, Mike…and skiing’s the only thing we did. My dad—he’d let us skip school on powder days. I remember watching Phil and Steve Mahre back on ABC’s Wide World of Sports in the ’80s—ski racing was on TV back then. I knew at a young age that I wanted to make the U.S. Ski team, or be in the Olympics.

Your Olympic gold medal in Lillehammer—did you know you were going to win that race?

I had the mindset that I was going to win a medal or I was going to crash. For me, during that run, everything was in slow motion. I had some good results leading up to that race. I had been second in the World Cup and third, and had some really close wins, and got to Lillehammer in 1994 and thought: This is the time. I might not ever have this chance again. Pedal to the metal, or I’m gonna blow up.

My life changed after that win. I was the dark horse—nobody really knew who I was. All of a sudden, I won the Olympic gold in the downhill, and I’m getting interviewed by David Letterman’s mom, talking to Greg Gumbel, and making appearances. People were were waiting hours to get my autograph.

How did you transition from ski racing to heli skiing in the Tordrillos?

In 1995, the year after I moved to Jackson Hole, I was visiting Alaska, [where] Todd and Steve Jones were starting Teton Gravity Research with Micah Black, [and] the freeskiing movement was just taking off. I’d go up…for the World Extreme Championships and hang out with Doug Coombs.

I started a trip in 1997—called ‘Kings and Corn’—up in the Tordrillo mountains. It was me and a couple of friends, we went out to the Tordrillos…a range that had never really been skied before. We’d ski some corn, then we’d go King salmon fishing in the rivers. We pretty much skirted the whole boundary of this mountain range.

In 2005, we started the Tordrillo Mountain Lodge. Mike Overcast, Jeremy Nobus, a couple of other investors, and I bought an old fishing lodge. We put in $2,000 each to get the helicopter. 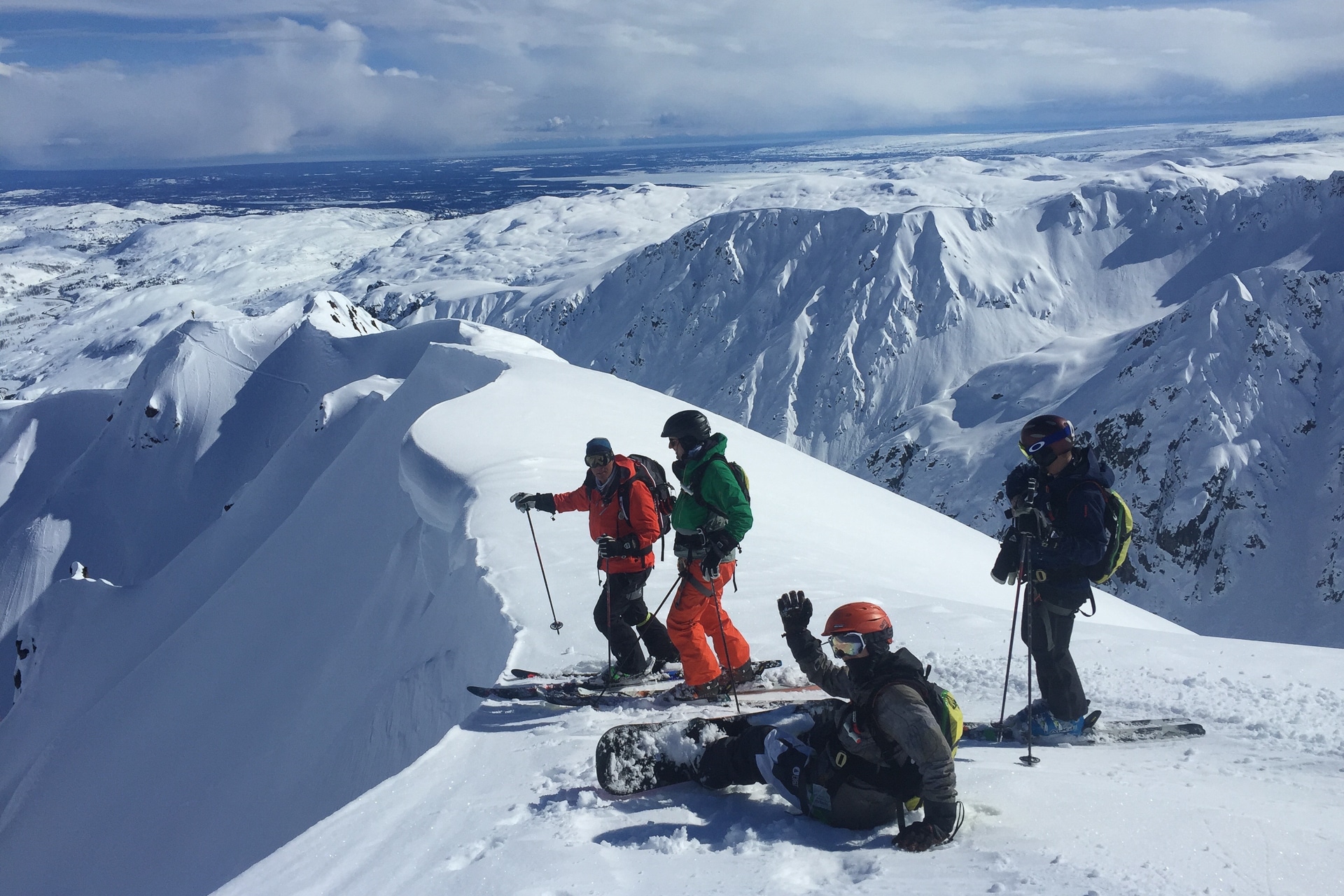 Moe, in the red jacket, guides in Alaska three months a year, and urges more people to educate themselves on backcountry safety basics before venturing beyond the gates. PHOTO: Courtesy of Tommy Moe

Sounds like some kind of Valhalla. What keeps you in Jackson and Alaska?

I think it’s the rawness and the beauty. The one thing about Jackson that I really like is ease of access. If I want to go up Teton pass, I can just put my boots on and look out the window. We [also] get good quality snow, we get a lot of inner-mountain cold storms, where you get great powder.

The thing with Alaska is you can go up there and work, guiding with friends, it can be so good—the best of your life, just perfect conditions. And there’s other times when it can be really fickle, the weather can be terrible, the snow can be bad, and it’s not all it’s made out to be.

How has skiing changed for you?

Just the amount of people now. It’s freakin’ mayhem—there are people everywhere. When you get a good powder day, and go to the resort, there are a couple thousand people already teed up, waiting. But I’ve had so many good days skiing at this point in my life, I’m pretty calm about the whole thing. 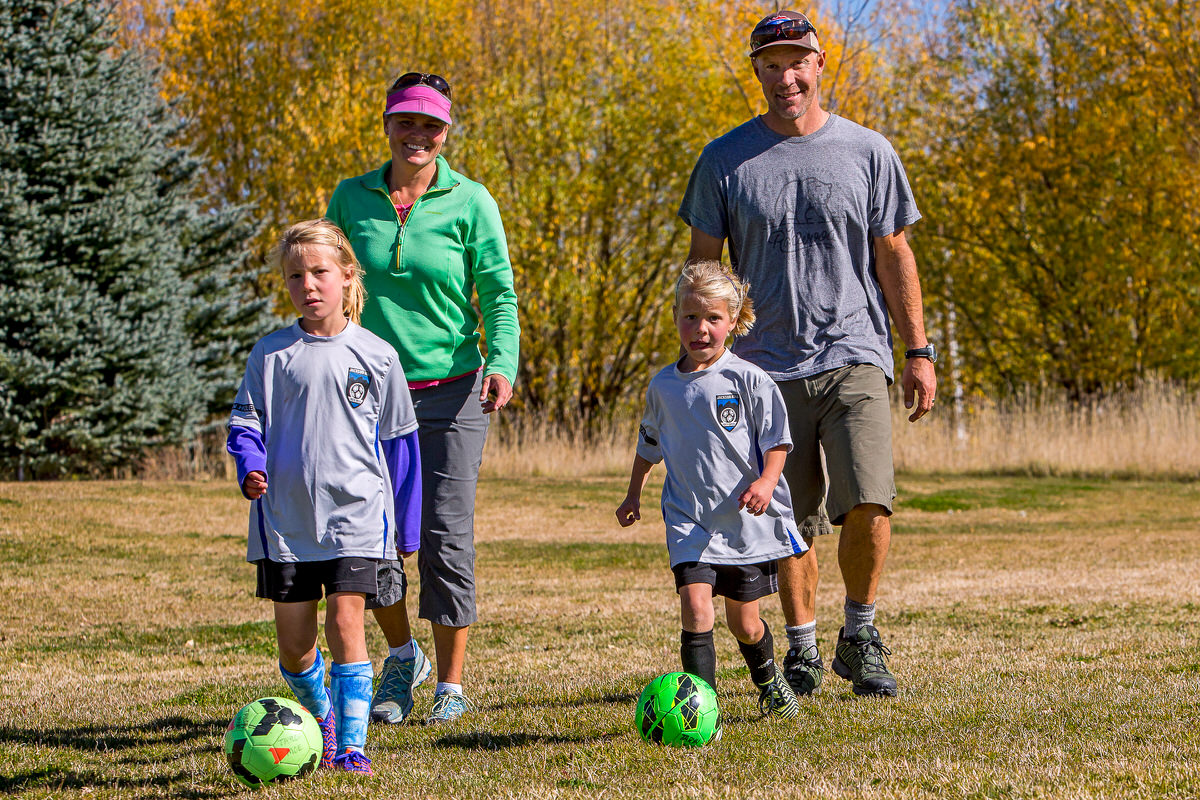 October 17, 2015 – Jackson, WY: Megan and Tommy Moe with their daughters Taryn and Taylor, after a morning of soccer with the Jackason Hole Youth Soccer program.

What’s been one of the biggest hardships you’ve come across in skiing?

I’ll be honest with you: it was the partying. Laughs. I’ve had so many good days where you just had to go to the bar to celebrate. I’m at a point now where I’m trying to be sober…I guess that’s what happens when you get older, that change in mindset. Now, the biggest thing for ski racer Tommy Moe is just being mindful, looking and seeing how good it is, sharing it with other people, showing them the best day of their lives. Especially teaching my kids to ski—because they rip. That’s the full circle for me: showing people a good time. 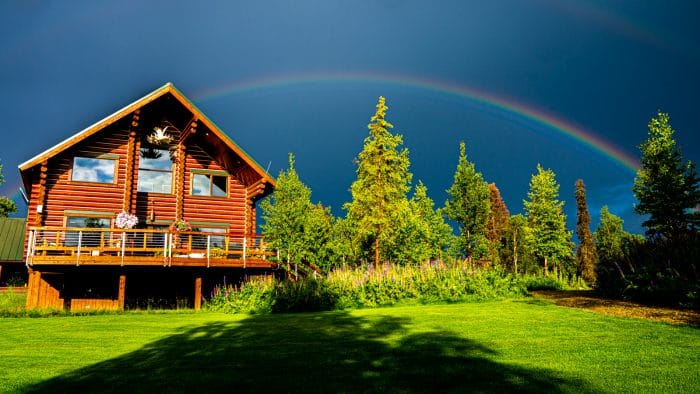 1. Our lodge has endless adventures. As the Matador Network states, “Tordrillo Mountain Lodge offers an endless number of adventures... 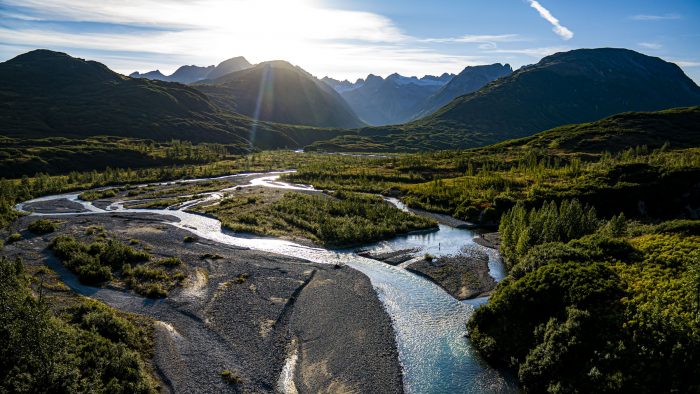 The Alaskan backcountry is a destination that all outdoor enthusiasts should have on their bucket list—and Tordrillo Mountain Lodge has... 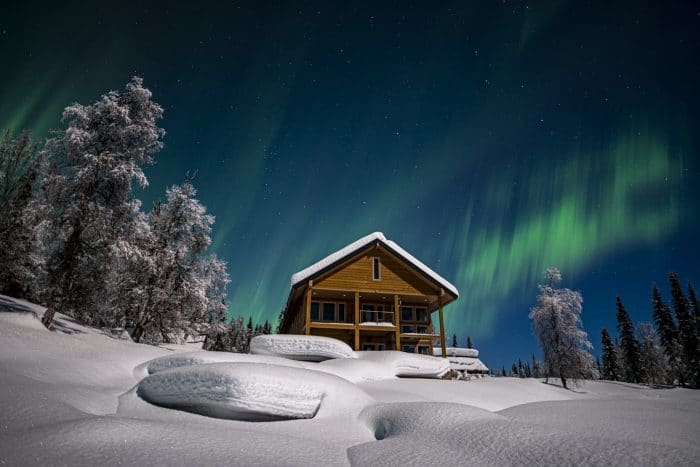 Best Mountain Retreats in the US from Matador Network

The Tordrillo Mountain Lodge offers an endless number of adventures. Activities like “Kings and Corn” enable you to ski in...