Moe spends most of his time in Jackson Hole and the Alaskan wilderness, sharing his passions with others.

Tommy Moe in action in 1994, where he took the gold medal in the Winter Olympics. (Steve Powell, Allsport via Getty Images)
Tommy Moe, the American“Golden Boy” of the 1994 Lillehammer Olympics, settles into a comfy chair by a fireplace in a LoDo hotel for a chat. He mentions how surprised he is by all the new buildings in that part of town, having passed through Denver often during his days as a ski racer.

He has lost some hair since shocking the ski world by capturing two medals at the most idyllic Winter Olympics of the modern era, but he still looks strong and fit. It’s no wonder, he spends much of the winter working as a ski guide in Jackson Hole, Wyo., where he lives with his wife and two small daughters, ages 9 and 7.

In the spring, he heads to Tordrillo Mountain Lodge, a getaway he co-owns in the Alaskan wilderness, for heli-skiing and fishing with guests. In the summer, he heads back to Jackson for hiking, camping and mountain biking with wife Megan, a former U.S. Ski Team downhiller who is now a fourth-grade teacher, and their girls.

Not to mention he has climbed the Grand Teton — twice.

“I love showing people the mountains, pushing their abilities a little bit, but keeping them in their comfort zone where they are safe, sharing stories, showing them good snow, teaching them about terrain and backcountry protocols,” Moe, 47, said. “Backcountry skiing is taking off. A lot of people love skiing the resorts, but a lot of people now, they want fresh powder.” 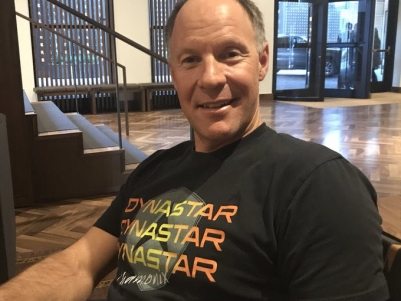 John Meyer
✔@johnmeyer
Hanging out and catching up with 1994 Olympic downhill champion Tommy Moe. We had a great chat, watch for my story next week in @thknwco (The Know, Denver Post).

Moe is a big mountain skier at heart, having grown up in Montana before attending a ski academy in Alaska, but it was the great ski racers of his childhood — Phil and Steve Mahre of the U.S. Team and their Swedish rival, Ingemar Stenmark — who inspired him to dream of winning a medal in the Olympics. He made the U.S. Ski Team by finishing sixth at the 1986 U.S. National Championships at Copper Mountain when he was only 16. When he got to Lillehammer eight years later, he had never won a race against elite international competition and had reached World Cup podiums (top three) only three times.

“I was a dark horse,” Moe said. “I wasn’t expected to win, but the day of the downhill I remember (thinking), ‘Either I’m going to win a medal or I’m going to crash.’

In the starting gate he had three mental keys: Weight on the outside ski, hands forward and don’t forget to breathe
Moe not only won the marquee event of the Olympics, taking gold in downhill by 0.04 of a second over the favorite (and home-country hero) Kjetil Andre Aamodt, he added a silver medal in super-G.

He also got the last laugh on Sports Illustrated magazine.

In SI’s Olympic preview issue, E.M. Swift wrote a piece shaming the U.S. Ski Team for sub-par results in the months preceding Lillehammer under the infamous headline “Uncle Sam’s Lead-Footed Snowplow Brigade.” The piece was especially hard on Moe, and it made him mad.

“I remember going, ‘I’ll show those guys,’ ” Moe said. “Sure enough, I was on the cover (a week later) after I won. They called me ‘Golden Boy, Olympic champion Tommy Moe.’ ”

Moe had help in making the magazine eat crow as three teammates won ski medals as well: Diann Roffe (gold in super-G), Picabo Street (silver in downhill) and Liz McIntyre of Winter Park (silver in moguls). It was America’s first glimpse of Street, who would go on to become one of the greatest ski racers in U.S. history. 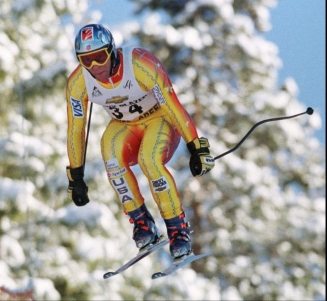 A month later, Moe claimed the only World Cup win of his career. A year later, on the same course in Norway where he gained ski racing immortality, Moe blew out a knee and was never the same. He retired from the World Cup in 1998.

“We had a great team in that era,” Moe said. “Luckily I won a few and had a great time. But I’m still a skier at heart. I love to ski. For me it’s about sharing my passion for the sport and showing people some of their better days, helping their technique or showing them some backcountry or taking them out in Alaska mountains, showing them something they’ve never seen before.”

Moe was smitten by Jackson Hole the first time he saw it as a pre-teen when he went there for a Junior Olympics race. When he was finished with ski racing, he knew it was where he wanted to put down roots. He loves taking clients into the backcountry but also loves the in-bounds skiing.

“A lot of times I’ll have guests who just want to ski the front side and maybe just work on their turns,” Moe said. “It’s really consistent vertical. You have 4,000 feet of great fall-line skiing, and it’s unmatched in a lot of ways because of the continuous vertical. The Tetons are a pretty jagged mountain range. You get high-alpine (terrain), nice glades, great tree skiing, great cruisers, tons of bowls and open canyons to ski. It’s just a special place.”