Why it matters to you
Adventurous travelers and mountain bikers looking for a unique new experience can explore remote backcountry that was previously inaccessible thanks to Tordillo’s new heli-biking tours.

Adventurous mountain bikers and adrenaline junkies are going to want to add the Tordrillo Mountain Lodge to their bucket list of must-visit places in the U.S. The Alaskan resort, which lists Olympic gold medal-winning skier Tommy Moe among its co-owners, has become the first in the country to offer heli-biking tours. These backcountry excursions take adventurous travelers deep into the Alaska mountain range by helicopter, giving them the opportunity explore a vast wilderness from the seat of a fat tire bike.

Located about 75 miles from Anchorage, Tordrillo has been one of the premier heli-skiing and snowboarding lodges for years. In fact, it was one of the very first resorts in the U.S. to begin offering visitors the opportunity to use a helicopter to access untouched backcountry powder, first launching its operation nearly 20 years ago. Naturally, that expertise lends itself well to heli-biking too.

Much like Alaska heli-skiing, the idea behind heli-biking is to give riders the ability to reach remote places that would normally be inaccessible by bike. At the start of the tour, they load their fat bikes onto a helicopter, which then carries them out into the wilderness where they are dropped off to begin the ride. They have the opportunity to spend several hours pedaling their way through landscapes that few other people ever get the chance to see, let alone explore from the back of a bike. At the end of the trip, the helicopter returns to pick them up, ferrying them back to the lodge. 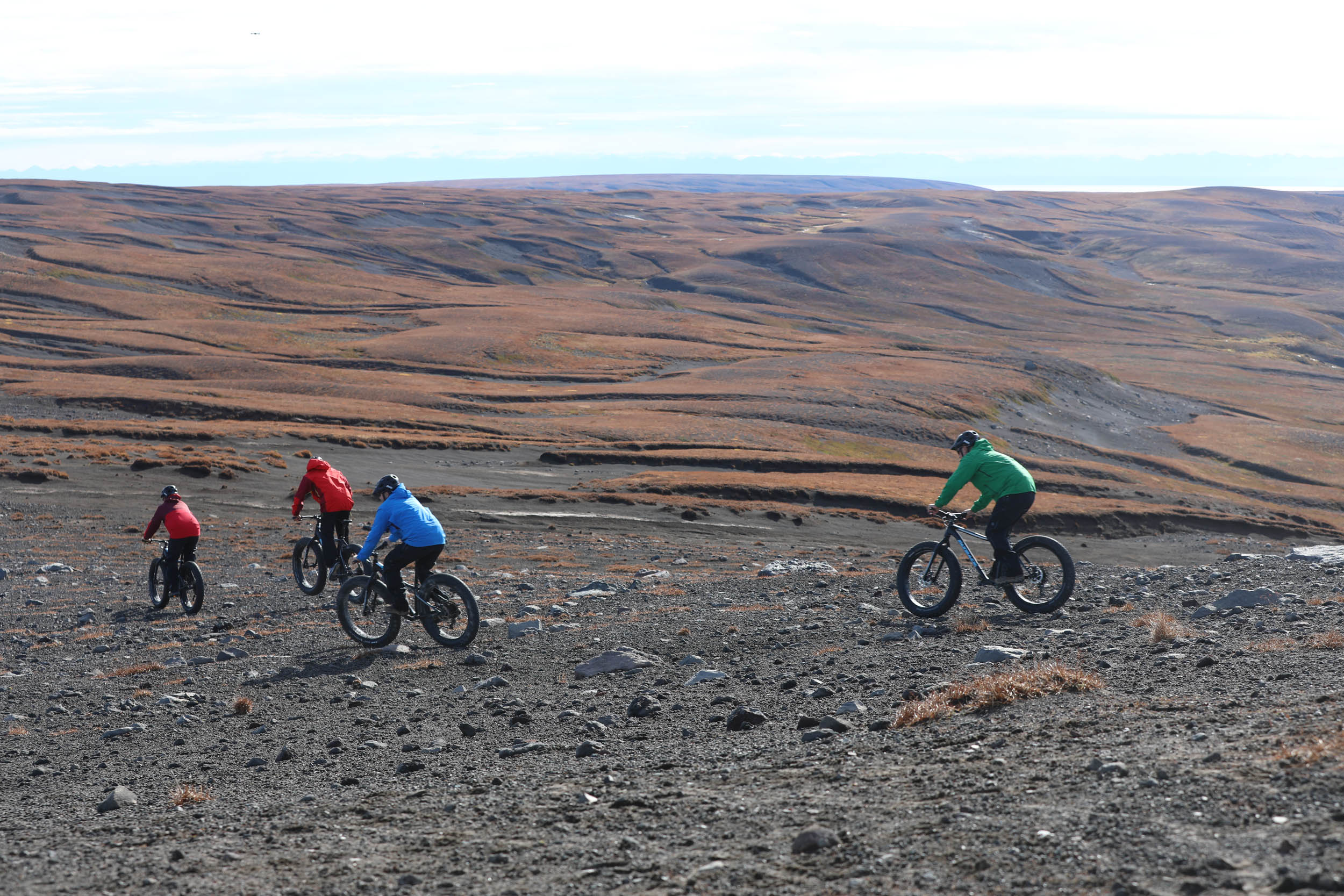 On a Tordrillo bike tour, the rides typically begin on Mount Spurr, an 11,000-foot volcano located not far from the resort itself. While there aren’t many trails to be found in this off-the-beaten-path location, riders can elect to follow gently sloping ridges along routes that are carved from cinder and pumice, or simply set out entirely on a path of their own choosing. Using Fatback fat tire bikes, which are designed to handle rough terrain, cyclists can even pedal their way across an icy glacier or through snow.

The guides at Tordrillo are adept at picking a route that works well for any level of rider, ranging from a complete beginner to seasoned pro. For instance, if a guest doesn’t want to have to do a lot of climbing on their ride, the staff will arrange a drop-off point that features more downhill riding instead. They also work with travelers to create a route that matches the time and distance they feel like covering on a given day.

Tordrillo’s heli-biking tours are offered from July through September, and the resort is now taking reservations for next year. Rates start at $1,000 per night, or $6,600 for a seven-day stay, which includes accommodations, food, tours, and a host of other amenities. Find out more at tordrillomountainlodge.com.[/vc_column_text][/vc_column][/vc_row] 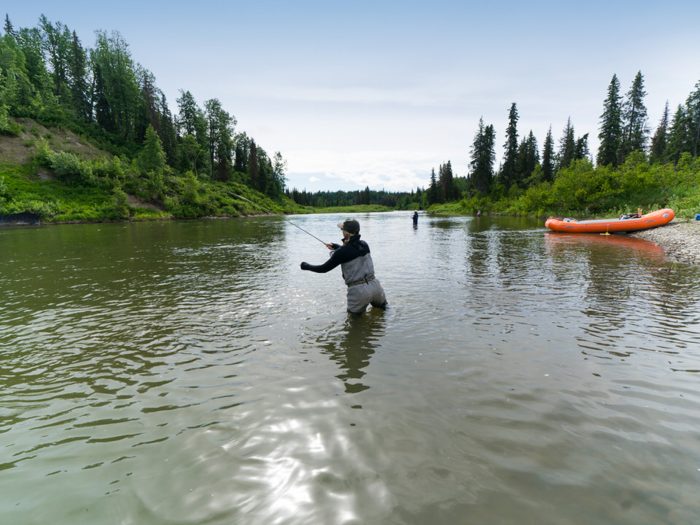 Kings and Corn: Plan Your Summer Heli Skiing and Fishing Trip in Alaska

Summer heli skiing season at Tordrillo Mountain Lodge in Alaska is in full swing, and the conditions for Kings and...

The beginning of Cast and Carve begins soon and we can’t wait to ski corn snow. The key to spring...

Wall Street Journal — Chopper to It

Sightseeing from a helicopter merely gets your heart pumping. Try propelling your way to these challenges...